He has made it clear that those who failed to adhere to crop recommendations will not get the benefits of Rythu Bandhu. 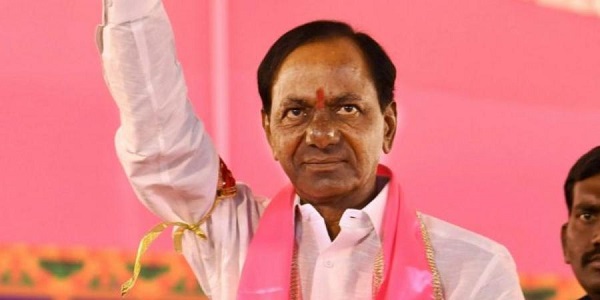 Telangana Chief Minister K Chandrasekhar Rao has launched a Comprehensive Agriculture Policy by introducing a new cropping pattern under which farmers will have to cultivate crops in demand as recommended by the government. He has made it clear that those who failed to adhere to crop recommendations will not get the benefits of Rythu Bandhu. The Telangana government provides free electricity and insurance, investment support, increased irrigation, crop procurement and other input facilities to all its farmers.

These policies ended six decades of agriculture crisis in Telangana. For the first time, small and marginal farmers have started producing large quantities of agricultural output for profitable marketing. As traditional monoculture of rice has been leading to marketing problems and at the same time, an ample demand for other crops exists, a new cropping pattern will make farming a permanently profitable profession. Though the initial focus has been on the cropping pattern, a comprehensive policy will have to incorporate other measures which will make agriculture sustainable for small and marginal farmers. Price controls and market interventions can be designed keeping in view the principles of sustainable management of soil, water and other natural resources.

A cropping pattern strategy with great potential We all have been observing that agri-food systems are undergoing rapid transformation. The traditional method in which food is produced, without farmers having a clear idea as to when, to whom and at what price they are going to sell their crops, is being replaced by fresh practices. There is far greater coordination between farmers, retailers and others in the supply chain. Farmers nowadays have to meet the requirements of buyers rather than relying on markets to absorb what they produce. Demand for fruits and vegetables, animal products and oil crops has grown. Therefore, farmers have to diversify production. There is a win-win situation here as a change in cropping pattern has the potential to tap the demand gap of nutritious food, explore export possibilities and increase soil fertility of lands.

From food security to nutrition securityFood security is defined as the availability and the access of food to all people; whereas nutrition security demands the intake of a wide range of foods which provides essential nutrients. Despite historically high levels of food production in India, undernutrition and micronutrient deficiencies persist.

According to the recent National Nutrition Survey, the Telangana State finds itself saddled with a large number of cases of stunting, poor weight, anemia and Vitamin A deficiency among children and adolescents. About 29 per cent of the children below five years in Telangana have stunted growth while the national average is 34 per cent. Close to 33.4 per cent of children in India below the age of five are underweight, while in Telangana it is 30 per cent. Thus, improving the health of the people requires better and more nutritious food.

Lessons from the paradox of plenty Punjab, the food bowl of the country, is presently faced with a paradox of plenty. Ever since the launch of the Green Revolution in 1966, Punjab has been producing a record grain surplus year after year. Yet, over the years, it has turned into a region of agriculture crisis for its farmers. Punjab is in a serious environmental crisis because of the policies that encourage indiscriminate intensive agriculture beginning with wheat, rice and then followed by a shift towards cultivation of cotton as a cash crop.

While intensive farming played havoc with soil fertility, necessitating application of more chemical fertilizers year after year resulting in decrease of real output and contamination of the food chain. In order to improve the sector, certain policy reforms are necessary (1) phase-out the built-in consumer bias (that is anti-farmer) in agri-policies which has been initiated in Telangana (2) create business space for private players (including Farmer Producer Organisations) to have integrated markets across space and time (3) use an income policy approach (through direct cash/benefit transfer) to protect both poor consumers and small farmers like in Telangana (4) create a predictable and a stable agri-trade policy and streamline the high customs duties on India’s export-competing products like rice.