Time to put the economy back on track

The twilight of 2016 witnessed a historic move to rein in corruption and black money. Prime Minister Narendra Modi’s announcement to demonetise 86 per cent of the currency in circulation saw serpentine queues outside bank branches and ATMs in a cash-crunch scenario. In a country which frequently witnesses quarrels breaking out in queues, the relatively peaceful and tolerant queues outside banks since November 8 have been noteworthy. Owing to Modi’s clarion call, the common man has exhibited exemplary patience for the past two months to stand behind the intent of demonetisation a less corrupt and black money free economic regime. 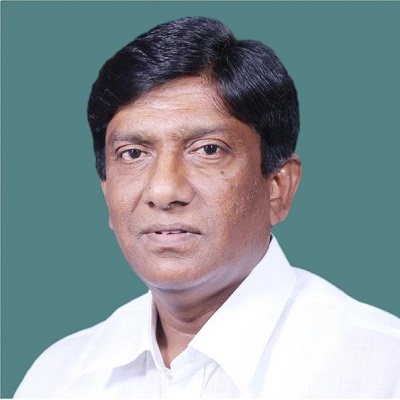 These anticipations now weigh heavily upon the shoulders of Modi, and the Union Budget, slated to be presented on February 1, is an ideal instrument to deliver on these expectations. This year’s budget is going to face a plethora of unique challenges. Being presented in a post-demonetisation paradigm, the budget has to be a harbinger of reforms to follow up on the objectives of notes ban. The reforms have to battle a slowdown in the macro economy, emanating from weak demand and dwindling private investment. This year’s budget also ends the 92-year-long journey of a separate Railway Budget, opening a window of opportunity for financial stability of the Railways. Clearly, on all these fronts, Budget 2017 has its work cut out.

On the eve of demonetisation, about Rs 15 lakh crore of high denomination currency was in circulation. According to information now available with RBI, about Rs 14 lakh crore in demonetised currency have been deposited with banks so far. This does not render this money to be legitimate cash. Black money does not change its colour merely because it is deposited in banks. Clearly, the fight against black money has to be much more comprehensive and deep-rooted than a mere currency invalidation exercise. In a country where less than 3 per cent of the population files income tax returns and the tax to GDP ratio is abysmally low, the fight against black money is lost unless it is bolstered by a robust taxation regime. While the much touted Goods and Services Tax (GST) slated to be implemented this year, aims at reforming the indirect tax regime, much remains to be done in the area of direct taxes.

The Direct Taxes Code which envisages a simpler tax code and does away with discretionary exemptions on the one hand while creating space for lower tax rates on the other hand, must be legislated and implemented. One must also note that a large chunk of black money circulates in the form of real estate, gold and foreign deposits. The Benami law of 1988 which was recently amended and implemented is a welcome step to check proliferation of benami properties.

Legislations should also be brought in to target holdings of unaccounted gold and offshore deposits of unaccounted wealth. The Double Tax Avoidance Agreements signed with tax havens like Singapore, Cyprus and Mauritius must be strictly enforced and the ambit must be expanded to cover more such countries.

The Budget comes in at a time when India’s economic growth momentum has slowed down owing to difficult business conditions prevailing since 2012. Low profitability has stressed the balance sheets of corporates and weakened private investment into the economy. The New Year further brought in grim news from the Central Statistics Office which has pegged GDP growth for the current year at 7.1 per cent, compared to a 7.6 per cent pace in 2015-16. These projections, based on data received till October 2016, do not factor in the adverse impact of demonetisation. The World Bank recently cut its growth projections for 2016-17 citing a slowdown in consumption and manufacturing due to demonetisation. A study by the All India Manufacturers’ Organisation has projected a drop in employment of 60 per cent and loss in revenue of 55 per cent before March 2017. Demand in automobile and realty sectors has also taken a hit. So, the Budget should allow adequate fiscal space to enable higher spending on infrastructure, housing, social sector and other flagship schemes of the government.

In its endeavour to ensure the implementation of budget proposals from April 1, the Centre has advanced the budgetary exercise by about a month. An early presentation of budget will ensure that all legislative works are completed before the beginning of the new fiscal year, subsequently helping funds allocated to various ministries to start flowing in from the first quarter. The merger of the Railway Budget with the Union Budget has been a step in this direction.

Finally, the preceding two budgets have furthered the notion of fiscal federalism by granting autonomy and a sense of entitlement in the way funds have been transferred from the Centre to the States. This budget too, has to balance the pulls of federalism and ensure that under cooperative federalism, the Centre creates a more conducive environment particularly for ascent States like Telangana, whose population comprises overwhelmingly of backward classes.

From popular expectations to harsh macroeconomic realities, the finance minister has a varied mix of factors to consider while planning this Budget. The Budget must bring about a transformative and revolutionary change in the way India’s economy is run, keeping in mind the aspirations of the poor, rural and middle class population. It should erase the term “black”, from our economy, from our pockets and most importantly, from our minds. This shall create an environment which is conducive for the overwhelmingly young population, yet to join the formal workforce, to take this great nation to greater heights.